Posted On May 11, 2018 By sullivan Leave a Comment on Introduction of PLC control system Posted in Uncategorized 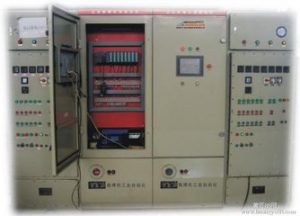 PLC control system, Programmable Logic Controller, Programmable Logic Controller is designed for industrial production of a kind of digital computing operations electronic device, it USES a Programmable memory, used for its internal storage procedures, to perform the Logic operation, sequence control, timing, counting and arithmetic operations such as user-oriented instructions, and through the digital or analog input/output control various types of machinery or production process.Is the core of industrial control.
Since the 1960 s the United States to launch a Programmable Logic Controller (Programmable Logic Controller, PLC) to replace the traditional relay control, PLC has been rapid development, has been widely used all over the world.At the same time, the function of PLC is continuously improved.Along with the computer technology, signal processing technology, control technology, the development of network technology and the continuous improvement of user requirements, the PLC on the basis of switch process and increased the analog processing and motion control, and other functions.Today’s PLC is no longer limited to logic control, but also plays an important role in sports control and process control.

In the 21st century, PLC controller will have more development.From the point of view of technology, new results will be more and more application of computer technology on the programmable controller design and manufacturing, will have their speed and storage capacity is bigger, more intelligent species;From the scale of the product, it will further expand to the ultra-small and super large direction;In terms of the compatibility of products, the variety of products will be richer and more complete, and the perfect man-machine interface and complete communication equipment will be better adapted to the requirements of various industrial control situations.
Each producing many varieties from the market point of view, the product will be with the intensification of international competition and break, there will be a few brand monopoly in the international market situation, there will be a international general purpose programming language;From the perspective of the development of the network, programmable controller and other industrial control computer networks constitute a large control system which is the development direction of programmable controller technology.At present, there are a large number of programmable controller applications in DCS(Distributed Control System).Along with the development of computer network, the programmable controller as an important part of automation control network and the international general network, in addition to industry and play a more and more important role in a broad range of areas.
PLC controller is a kind of electronic device designed for the application of digital operation in industrial environment.It can adopt program memory, used in its internal storage to perform logic operation, sequence operation, timing, counting and arithmetic operations such as instruction, and can through digital or analog input and output, control various types of machinery or production process.PLC controller has been widely used in steel, petroleum, chemical, electric power, building materials, machinery manufacturing, automobile, textile, transportation, environmental protection, cultural entertainment and other industries, it has high reliability, strong anti-interference ability, powerful, flexible, easy to learn and easy to use, small volume, light weight, cheap price.