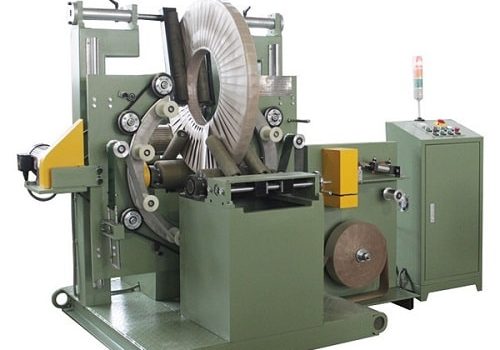 Posted On January 26, 2023 By hong Posted in Uncategorized 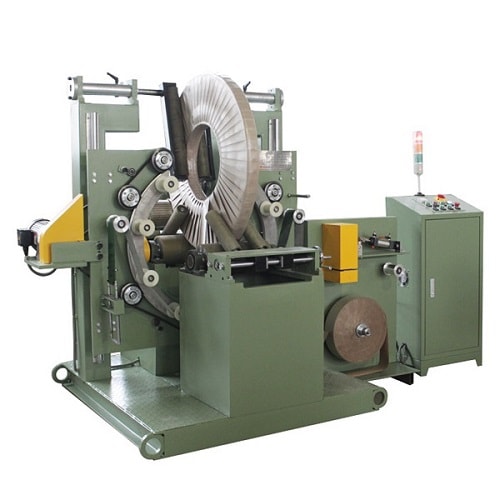 The copper coil winding and packaging machine is mainly used for wrapping copper coil, and the coil width range is 20 MM-200 mm.

There are also other names for machines of the same type.

High efficiency, good packaging and cost saving have always been our task.

The introduction of intermittence weighing of winding packaging machine

According to the movement of materials in the weighing device, the winding and coil packaging machine can be divided into two types: continuous weighing and intermittent weighing. The following mainly introduces intermittent load-bearing. The principle of the intermittent weighing device is to put the materials on the scale, weigh them statically and output them after weighing. The advantage is that the static weighing avoids the impact, vibration and other factors. The weighing range is 100-1000g, and the accuracy can reach 0.5g, which is very accurate. The disadvantages are also obvious. The production efficiency is low, most of which is not more than 60pcs / min. some materials with small bottom area and high center of gravity and poor stability cannot be weighed.

The chain belt feed type drives the evenly distributed push heads 1 and 2 on the chain respectively by the front and rear two pairs of sprockets. First, the material is sent to the pan by the pusher 1. When the material is separated from the tested material, the pusher 2 has not yet contacted the material. At this time, let the material stay on the pan 3 for weighing, and then push the head 2 to push the material away from the pan. Products in boxes, cans, trays, etc

Screw feeding screw is composed of two winding lines with a boundary, and the back section is used for separate feeding to deliver materials to the pan. Half of the spiral angle at a is zero, so that the material can be suspended for weighing, and then the bottle, tank and other products can be sent out by the front screw